Albendazole & Ivermectin Tablet
<< Previous
Send Inquiry
Product Code : 225
Price And Quantity
Product Specifications
Product Description
Before knowing its combination , first we should need to know how they work individually and we know that Ivermectin is a broad-spectrum antiparasitic medicine and effective against worm infestations (such as strongyloidiasis, ascariasis, trichuriasis, filariasis, enterobiasis and Albendazole is used as a drug indicated for the treatment of a variety of worm infestations. It is a broad spectrum anthelmintic, effective against roundworms, tapeworms, and flukes of humans.
It has been demonstrated by recent studies concomitant administration of Ivermectin and Albendazole suspension, shows better symptoms relief compared with modest improvement of onchocerciasis some worm infestations like ascariasis, trichuriasis, filariasis. It is also effective against Flatworms, Flukes, Fasciolosis, Tapeworm, Cysticercosis, Echinococcosis and Hook worms.

Indication and Usage:
â— It is traditionally used against worms.
â— It is mainly used in humans in the treatment of onchocerciasis, 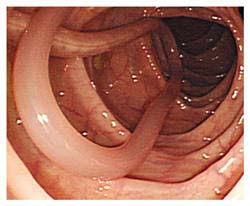 but is also effective against other worm infestations (such as strongyloidiasis, ascariasis, trichuriasis, filariasis, enterobiasis, and some epidermal parasitic skin diseases, including scabies.
â—

Mechanism of Action:
We are using combination of Ivermectin and Albendazole suspension and from mode of action we come to know that how it effective in our body so Ivermectin kills the larval Onchocerca volvulus worms microfilariae that live in the subcutaneous tissue of an infected person. It is believed to paralyse or kill the microfilariae gradually, so avoiding the intense inflammatory responses induced when they die naturally. Treatment with ivermectin relieves intense skin itching and halts the progression towards blindness. Albendazole causes degenerative alterations in the tegument and intestinal cells of the worm by binding to the colchicine-sensitive site of tubulin, thus inhibiting its polymerization or assembly into microtubules. The loss of the cytoplasmic microtubules leads to impaired uptake of glucose by the larval and adult stages of the susceptible parasites, and depletes their glycogen stores. Degenerative changes in the endoplasmic reticulum, the mitochondria of the germinal layer, and the subsequent release of lysosomes result in decreased production of adenosine triphosphate (ATP), which is the energy required for the survival of the helminth. Due to diminished energy production, the parasite is immobilized and eventually dies.

Contraindications:
contraindicated in persons with a history of hypersensitivity.

Conclusions:
From the above discussion, it can be concluded that this Ivermectin and Albendazole suspension could improve the quality of life with onchocerciasis and some worm infestations like ascariasis, trichuriasis, filariasis. It is also effective against Flatworms, Flukes, Fasciolosis, Tapeworm, Cysticercosis, Echinococcosis and Hook worms.
We are making superior quality Ivermectin and Albendazole suspension that is used to treat a variety of worm infestations (such as strongyloidiasis, ascariasis, trichuriasis, filariasis, enterobiasis, and some epidermal parasitic skin diseases, including scabies and effective against Hook worms Flatworms. Our offered suspension is processed using high grade chemical compounds and other required drugs by our experienced quality controllers that ensure its quality, purity and chemical properties. Highly treasured among the clients for its reliability, accurate composition, excellent physical and purity, this suspension is offered to our esteemed clients at the market leading prices.

Storage:
Store in cool and dry place.
Protect from heat and light.