Vitamin K 2-7, Calcium Carbonate, Calcitriol, Boron, Zinc & L-Lysine Tablet
<< Previous
Send Inquiry
Product Code : 301
Price And Quantity
Product Specifications
Product Description
Vitamin K 2-7, Calcium Carbonate, Calcitriol, Boron, Zinc & L-Lysine medication is used to prevent or treat low blood calcium levels in people who do not get enough calcium from their diets. It may be used to treat conditions caused by low calcium levels such as bone loss (osteoporosis), weak bones (osteomalacia/rickets), decreased activity of the parathyroid gland (hypoparathyroidism), and a certain muscle disease (latent tetany). It may also be used in certain patients to make sure they are getting enough calcium (e.g., women who are pregnant, nursing, or postmenopausal, people taking certain medications such as phenytoin, phenobarbital, or prednisone).Calcium plays a very important role in the body. It is necessary for normal functioning of nerves, cells, muscle, and bone. If there is not enough calcium in the blood, then the body will take calcium from bones, thereby weakening bones. 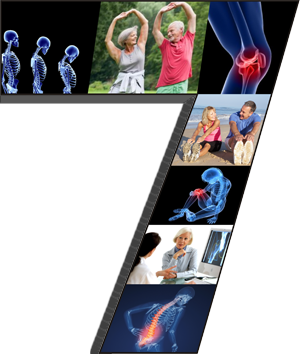 Osteoporosis and low bone mass are currently estimated to be a major public health threat, The most recent definition of osteoporosis is a disease characterized by loss of bone mass, accompanied by micro architectural deterioration of bone tissue, which leads to an unacceptable increase in the risk of skeletal failure; the micronutrients of greatest importance are calcium and vitamin D. Calcium has been shown to have beneficial effects on bone mass at all ages, although the results are not always consistent. Throughout the life cycle the skeleton requires optimum development and maintenance of its integrity to prevent fracture. Bones break because the loads placed on them exceed the ability of the bone to absorb the energy involved.

Adequate nutrition plays a major role in the prevention and treatment of osteoporosis; the nutrients of greatest importance are calcium and vitamin D.Numerous studies have shown that higher calcium intake at various ages are associated with higher bone mineral density compared with the bone mass of those with lower calcium intakes. In older postmenopausal women, the benefits of vitamin D and calcium supplementation in preventing bone loss, decreasing bone turnover, and decreasing non vertebral fractures are clear.

An inadequate intake of either calcium, vitamin D, or both will influence calcium-regulating hormones. A deficiency of either calcium or vitamin D will result in reduced calcium absorption and a lower concentration of circulating ionized calcium. When this occurs, parathyroid hormone (PTH) secretion is stimulated and there is a resulting increase in PTH levels. The cumulative effect of higher PTH levels, secondary to poor calcium and vitamin D nutrition (secondary hyperparathyroidism), is an increase in bone remodeling leading to significant loss of bone and an increased fracture risk. Vitamin D supplementation, often in combination with calcium, appears to reduce the degree of secondary hyperparathyroidism associated with poor nutrition.

Mechanism of Action:
Vitamin K2 is further of two types; The two subtypes most studied are menaquinone-4 (menatetrenone, MK-4) and menaquinone-7 (MK-7). Menaquinone-7 (MK-7) is different from MK-4 in that it is not produced by human tissue. MK-7 consumption has been shown to reduce the risk of bone fractures and cardiovascular disorders that are crucial health issues worldwide.
Calcium carbonate is converted to Calcium chloride by gastric hydrochloric acid in stomach. 39% of Calcium is absorbed from 0.5 - 1.4 gm dose of Calcium Carbonate, Calcium as such prevents bone loss in postmenopausal women and is associated with a modest reduction in fracture risk. Adequate Zinc is required for normal growth and tissue repair.20% to 30% of dietary Zinc is absorbed from the GI tract.
Calcitriol stimulates intestinal absorption of Calcium. It exerts negative feedback control on the parathyroid gland through both direct and indirect mechanisms. It directly inhibits Parathyroid hormone (PTH) secretion and indirectly it increases serum Ca+ which has negative effect on PTH secretion.
Boron supplementation markedly reduces the urinary excretion of calcium and magnesium; the depression seemed more marked when dietary magnesium was low. Boron supplementation depressed the urinary excretion of phosphorus by the low-magnesium, but not by the adequate-magnesium, women.

Pharmacodynamic:
Vitamin K2 7 is useful in formation of bones, calcitriol increases the absorption of calcium, and calcium in same preparation is an advantage for increased calcium levels. Zinc too helps in bone formation; adequate zinc is required for tissue growth and repair. Boron decreases the urinary excretion of calcium and calcitriol; it also helps in bone mineralization.

Calcitriol:
Calcitriol is fat-soluble and upto 100% absorption normally takes place. Calcitriol is rapidly distributed throughout the body. Peak plasma levels are achieved within 3 - 6 h. Calcitriol metabolism involves multiple metabolic pathways. The largest fraction undergoes side chain oxidation to calcitroic acid, which is biologically inactive. A fraction undergoes hydroxylation at 24th position to calcitetrol, which has less biological activity than Calcitriol. A number of minor catabolic routes like 26-hydroxylation, 23 - oxidation and lactonization at the 26 and 23 positions are also involved. Bile is the main excretory route for Calcitriol metabolites. Very little intact Calcitriol is excreted. Calcitriol passes freely across placenta.

Calcium Carbonate:
Calcium carbonate is converted to Calcium chloride by gastric hydrochloric acid in stomach. 39% of Calcium is absorbed from 0.5 - 1.4 gm dose of Calcium Carbonate. Absorption of Calcium depends upon previous intake of Calcium, other nutrients, pregnancy, lactation, overall Calcium balance and availability of vitamin D or its analogues. Calcium carbonate is absorbed as free Calcium and not metabolised. Approximately half the Calcium in serum is protein bound 5 - 10 % complexed in the form of small readily diffusible organic salts and the remaining as free ions.

Zinc:
Absorption:Zinc is incompletely absorbed from the small bowel, with between 10 and 40% of an ingested dose absorbed. Numerous dietary components can interfere with zinc absorption, particularly phytates and fibre, which bind to zinc, resulting in poorly absorbed zinc complexes.
Distribution:Approximately 60% of circulating zinc is bound to albumin and roughly 30% is bound to macroglobulin. The majority of zinc is stored in the liver and kidney, chiefly intracellularly,and bound to metalloproteins.
Elimination:In adults, it has been estimated that approximately 0.5 to 1.0 mg/day is secreted in the biliary tract and excreted in the stool, while 0.5 to 0.8 mg/day is excreted in the urine.

Boron:
Boron taken orally was completely absorbed by the gastrointestinal system of rats, rabbits and human beings over a very short period of time. Absorption of boron orally is very similar in both humans and animals. Culver et al. reported that total estimated boron intake including both diet and environmental exposure had for the high-borax dust exposure group a mean daily boron intake of 27.90 mg/day Boric acid that is consumed by human and animals is quickly distributed to body liquids .

Drug Interaction:
Cholestyramine may impair intestinal absorption of Calcitriol.
Thiazides are known to induce hypercalcaemia by the reduction of Calcium excretion in urine. Concomitant administration of thiazides with Calcitriol may cause hypercalcaemia.
Concomitant use of Calcitriol with digitalis may increase the risk of cardiac arrhythmias.
Bran products (including brown bread) and some foods (e.g. proteins, phytates, some minerals) may decrease Zinc absorption.

Warning and Precautions:
Excessive dosage of the tablet may induce hypercalcaemia and in some instances hypercalciuria. Therefore early in the treatment during dosage adjustment, serum Calcium should be determined periodically at regular intervals.
Excessive intake of Zinc may lead to overdosage symptoms like nausea, severe vomiting, dehydration, restlessness and sideroblastic anaemia (secondary to Zinc induced copper depletion).
It should be avoided in patients on digitalis because hypercalcaemia in such patients may precipitate cardiac arrhythmias.