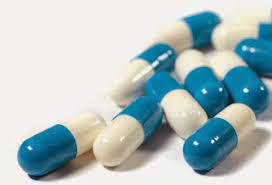 Natural Micronized Progesterone Capsule is prescribed for maintaining lining of uterus, improving premenstrual symptoms, & normalizing copper and zinc levels. It is helpful in treating symptoms associated with low progesterone levels inside body and to prevent overgrowth of uterus lining. Upon ingestion, Natural Micronized Progesterone Capsule binds to estrogen & progesterone receptors and decreases frequency of gonadotropin hormone release by hypothalamus. It is also known to assist in promoting normal cellular oxygen levels and serve as precursor to cortisone & sex hormones.

Progesterone capsule contain micronized progesterone - female hormone important for the regulation of ovulation and menstruation. Progestin is a general term for a substance that causes some or all of the biologic effects of progesterone. Progesterone is a hormone the female body makes and needs for many health reasons.
Progesterone is synthesized from a starting material from a plant source and is chemically identical to progesterone of human ovarian origin.
Progesterone is a natural steroid hormone that is found in much higher concentrations in women than in men. It operates harmoniously with estrogen and other steroid hormones involved in physiological functions such as the menstrual cycle and preparing the uterine lining for implantation by a fertilized egg. Other vital roles of progesterone are building new bone tissues and countering the tendency of estrogen to cause excess growth in the lining of the uterus (the endometrium).
Progesterone is a precursor to the hormones estrogen and testosterone. (Estrogen is not actually a single hormone, like testosterone, but a term for a group of related female sex hormones with similar biological activity, mainly estrone, estradiol, and estriol.) If progesterone diminishes, so can these other hormones, which have their own important roles in our physiological health.

Role of Progesterone in women:
In women, the hormone estrogen stimulates growth of tissue inside the uterus. To keep the body from producing uterine overgrowth, the hormone progesterone slows this activity and boosts growth elsewhere. (It helps strengthen bone, for example.) Progesterone restricts estrogen synthesis and suppresses the enzymes that promote estrogen production. It blocks estrogen receptors and suppresses the genes that are encoded to promote estrogen production.It is also beneficially active upon breast tissue. In fact, progesterone reduces estrogen's stimulation of breast cancer growth.
Special proteins during the second half of the menstrual cycle, preparing it to receive and nourish an implanted fertilized egg. If implantation does not occur, estrogen and progesterone levels drop, the endometrium breaks down and menstruation occurs.
If a pregnancy occurs, progesterone is produced in the placenta, and levels remain elevated throughout the pregnancy. The combination of high estrogen and progesterone levels suppress further ovulation during pregnancy. Progesterone also encourages the growth of milk-producing glands in the breast during pregnancy.
High progesterone levels are believed to be partly responsible for symptoms of premenstrual syndrome (PMS), such as breast tenderness, feeling bloated and mood swings. When you skip a period, it could be because of failure to ovulate and subsequent low progesterone levels.

Therapeutic Indication:
Progesterone is used to cause menstrual periods in women who have not yet reached menopause but are not having periods due to a lack of progesterone in the body. It is also used to prevent overgrowth in the lining of the uterus in postmenopausal women who are receiving estrogen hormone replacement therapy.

Mechanism of action:
Progesterone soft gel capsules are an oral dosage form of micronized progesterone which is chemically identical to progesterone of ovarian origin. The oral bioavailability of progesterone is increased through micronization. Progesterone shares the pharmacological actions of the progestins. Progesterone binds to the progesterone and estrogen receptors. Target cells include the female reproductive tract, the mammary gland, the hypothalamus, and the pituitary. Once bound to the receptor, progestins like Progesterone will slow the frequency of release of gonadotropin releasing hormone (GnRH) from the hypothalamus and blunt the pre-ovulatory LH (luteinizing hormone) surge. In women who have adequate endogenous estrogen, progesterone transforms a proliferative endometrium into a secretory one. Progesterone is essential for the development of decidual tissue and is necessary to increase endometrial receptivity for implantation of an embryo. Once an embryo has been implanted, progesterone acts to maintain the pregnancy. Progesterone also stimulates the growth of mammary alveolar tissue and relaxes uterine smooth muscle. It has little estrogenic and androgenic activity.

Pharmacodynamic:
Progesterone is a naturally occuring progestin or a synthetic form of the naturally occurring female sex hormone, progesterone. In a woman's normal menstrual cycle, an egg matures and is released from the ovaries (ovulation). The ovary then produces progesterone, preventing the release of further eggs and priming the lining of the womb for a possible pregnancy. If pregnancy occurs, progesterone levels in the body remain high, maintaining the womb lining. If pregnancy does not occur, progesterone levels in the body fall, resulting in a menstrual period. A progesterone trick the body processes into thinking that ovulation has already occurred by maintaining high levels of the synthetic progesterone. This prevents the release of eggs from the ovaries.

Pregnancy & lactation:
Progesterone is only recommended for use during pregnancy when benefit outweighs risk.Please consult the doctor before taking this medicine.
Detectable amounts of progesterone have been identified in the milk of nursing mothers; however, the effect on the nursing infant has not been determined. Progesterone is administered to nursing mothers only when clearly necessary.

Warning & Precaution:
This has been prescribed for the patient's specific condition. It may be dangerous to any other person.